For a decade, wild civets have been captured, hunted and snared to sustain civet coffee farms and wild meat restaurants. They are often injured seriously by traps/snares when sending to the farms, where they are caged in unhygienic conditions and small spaces. They are weak and malnourished due to lack of suitable food and forced to eat coffee (civets are left hungry the whole day so that they could eat more coffee fruits and produce better civet coffee). The main consumers of civet coffee in Vietnam are tourists from different parts of the world, including America, Europe, Russia, Korea, Japan, etc. and the wealthy people in Southeast Asia.

Civet meat is one of the most popular wild meats consumed in Vietnam, Laos and China. Civet farms are legal in Vietnam, however, there are no clear methods guided on how to raise them in captivity and no biosecurity standards. Many civets have died due to poisons and malnourishment from consuming too many coffee fruits.

Together, let’s save civet

Donate to the
Civet’s welfare fund

You can donate via WCN and all money comes direct to us. Donation is tax-reductible in the US and Canada. 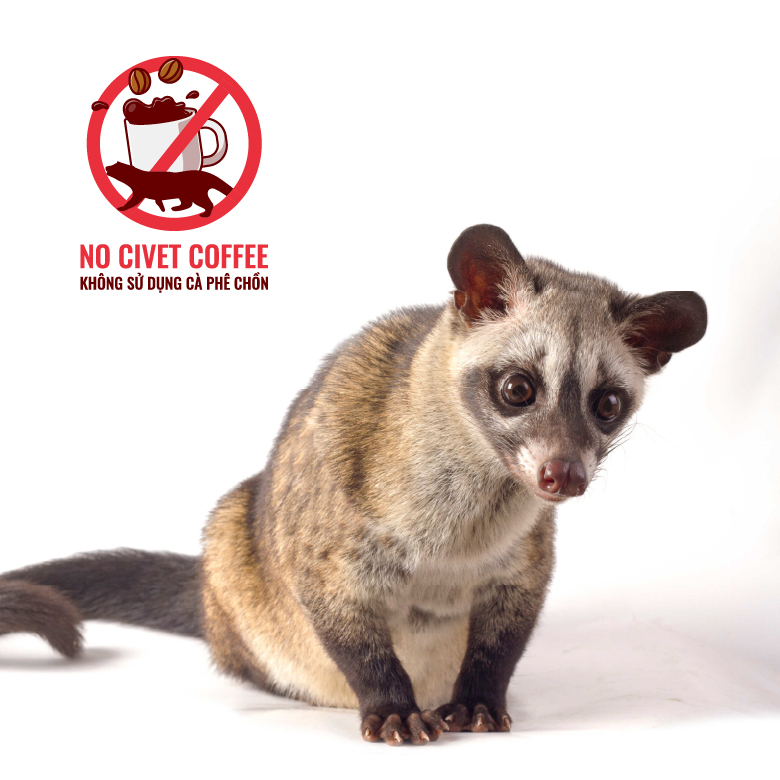